Over the past few days I’ve been turning the cute cat sketches that I did the other day in to vector illustrations. I’ve only completed the orange tabby hipster cat so far and he’s already for sale as prints, bags, shower curtains, phone cases, and more at my Society6 store. I just have one problem. A whiskery kind of problem. I don’t know if you’ve noticed already, and well spotted to those who have, but my hip looking kitty doesn’t have any whiskers!

So. Why doesn’t he have any? Well, to be honest, I completely forgot about them and upon realising didn’t think he really needed them. Then this morning, out of curiosity, I decided to give him some whiskers and now I have one tiny little problem. What do you think? Should I give my hipster cat whiskers or should I just stick with the original clean-shaven version. So far I’ve had mixed opinions and now that I’ve seen him with whiskers I feel the non-whiskered version lacks something. Which do you prefer? With whiskers or without?

After much deliberation and finally completing another cat which doesn’t have glasses and a bow tie I’ve decided that kitty is better with his whiskers. The products you see above that are available from Society6 have been updated with the whiskered version and Hipster Cat is now also available from Redbubble. 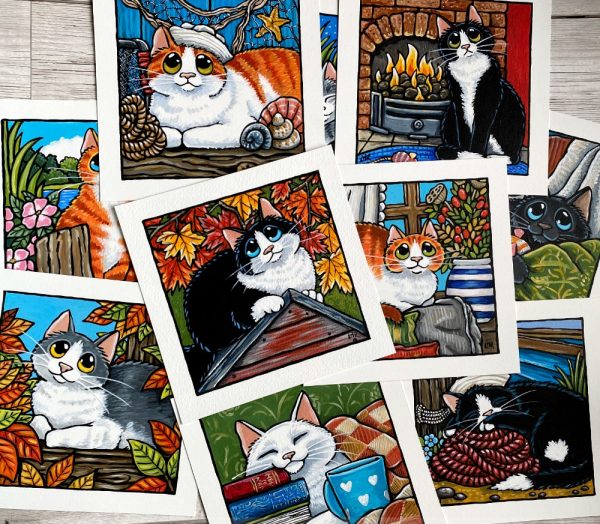