How do you like your tea? I like mine decaffeinated with milk and one sugar. I’m also partial to the odd Earl Grey and a relaxing rooibos tea on a night time. There’s nothing quite like tea to pick you up when you’re down and I can’t think of a better drink to have while I’m working. There’s really no surprise then that I’ve spent today painting a couple of cats drinking tea. The first, a tuxedo cat, loves his tea with two sugars and drinks it from his favourite blue and white striped mug. The second cat, an orange tabby, prefers his tea milky and enjoys his hot beverage from a purple and white striped mug. Both of these tea drinking cat ACEOs are currently up for auction on ebay until April 21, 2014. Happy Bidding! 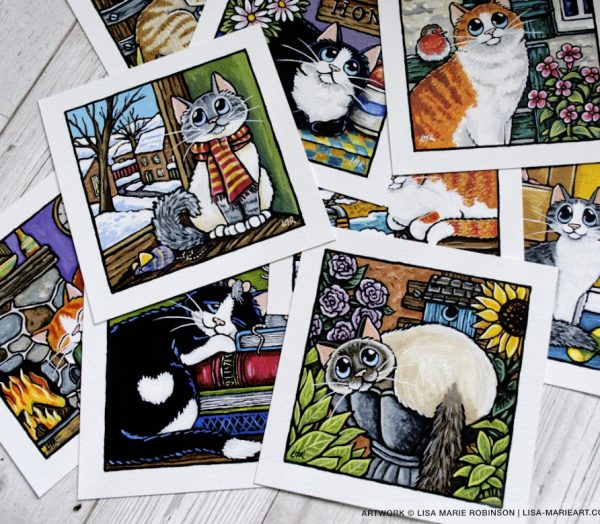 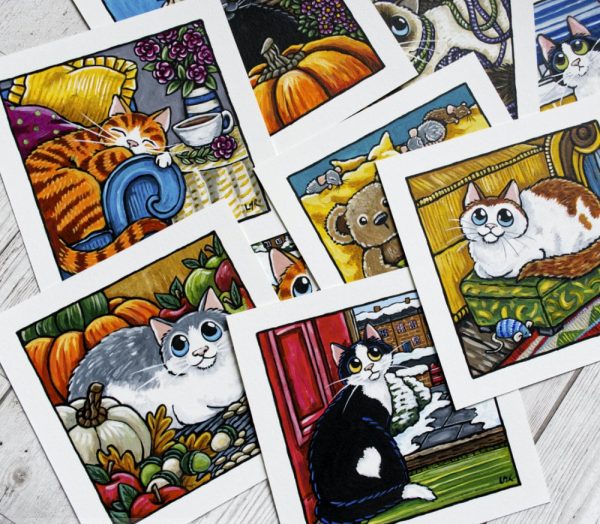 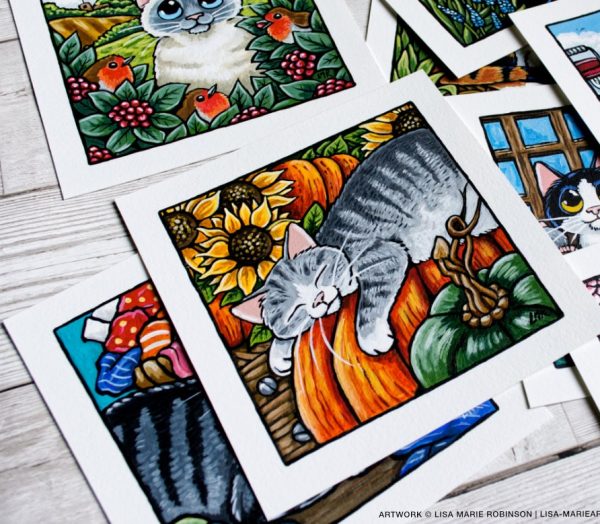 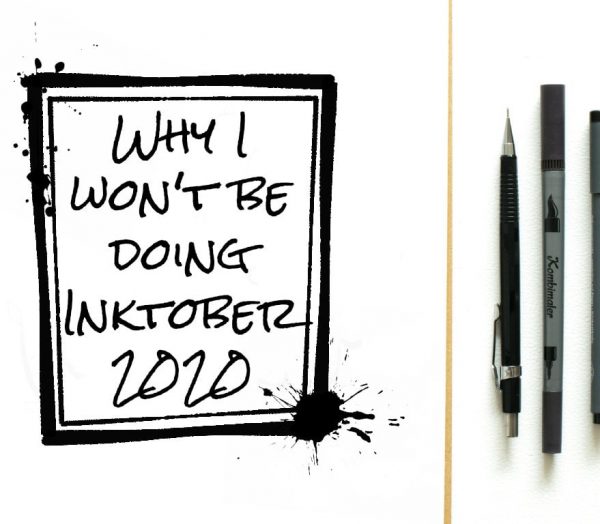 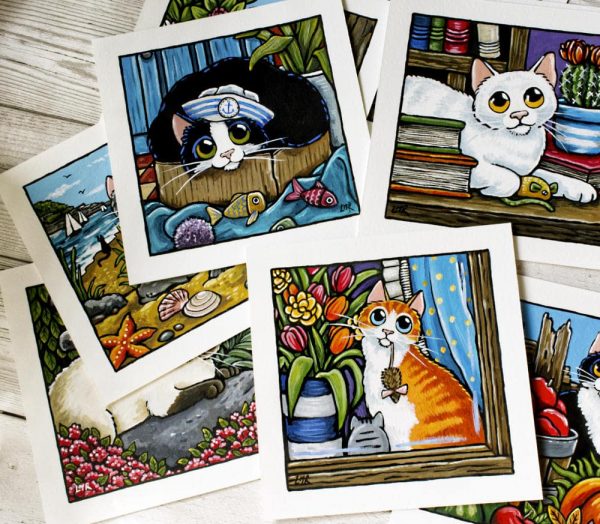 This cheeky black kitty was supposed to be an aceo art card. I measured wrongly🙄so I've mounted it up instead! NEW… https://t.co/m280k3uPo6